Note - How to Stop Talking and Start Doing 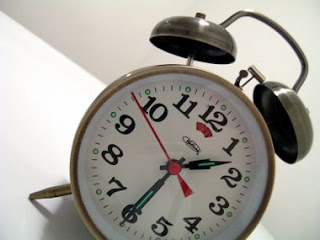 I once organized a networking group for writers where folks could get together, learn from one another, and offer support to newcomers to the field. While there were a handful of published authors among the group, the majority of members were not. I found out rather quickly that most of them enjoyed having the dream of being a writer, but never got any closer to that dream.

Excuses were plenty, mind you, but that's all they were - excuses. "I just don't have enough time to write that novel right now" or "I had to work late, so I didn't get that story started this week" or "My kids were loud, so I figured I'd just start this weekend." The only thing these dreamers were doing was procrastinating! They were putting off their dreams for "someday" when there is absolutely no legitimate reason they could not be moving forward today.

Lots of these folks floundered for months, even years, before getting the first words written. You know what they had to say after that? "Why didn't I start last week/month/year/decade?" Because they were too comfortable procrastinating.

Does this sound familiar? If it does, it's time to break the procrastination habit and instead propel yourself toward your creative dream. Here are six simple things you can do now (not tomorrow!) to get you moving:


I did every single one of these things with my "Make Something Everyday" project last year and can attest to their performance. I'm making them top priorities again with the Page a Day - 365 adventure, and I hope that you can put them to good use, too!
Posted by Beth Brown at 10:34 AM