Once Upon a Time, There Was a Writer Who Brought a Blog Back From the Dead 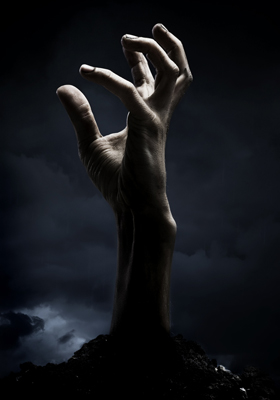 It's been a while. An understatement, I know, but what else can I say? I've had a dry spell.

The past eight months have been spent editing and publishing other people's work - something that I now can tell was exhausting my own creativity. A funny thing happens to your brain when you edit, you know. Instead of reading and putting the words into your creative well to draw from later, reading becomes a chore you start to dread because you have to be hyper-alert for spelling, grammar, and continuity errors. Oh, and sometimes the stories just suck. (No way to dress that up.)

When Editing Brain kicks in, you to fight tooth and nail for every word you write. My inner critic practically has a megaphone to her mouth and shoots down every idea that comes to me before my fingers ever hit a single key. Oh, yes, Editing Brain has to go. Before I can get rid of it for good, I have two projects to wrap up, and believe me, I'm counting down the days.

I've not quit trying to write, however. Ever since that way-too-much-of-a-coincidence freakout I had back in February, Whitehall has been designated a back-burner project. (Until I get over my weird feeling about it, that is.) Despite that pestering Editing Brain, I somehow managed to write and sell a movie script this year.

Yeah - I'm as surprised as you are.

It's a horror film called Red Hammet that's set in modern day Ireland with some flashes to the past during the days of the Viking Invasions. Keep your eyes and ears open - filming is already in the works, and there's a teaser trailer floating around out there somewhere. I'll keep you posted as soon as I find out when and where you can see it.

Writing a script exposed me to a completely different format than I was used to, and it was truly intoxicating. So intoxicating, in fact, that I now have two more full-length film scripts in progress and a gig lined up to write some interstitial pieces for major television networks. I mean major.

Yes, I feel like I might accidentally click my heels together and wake up from all of this, but I'm going to try my hardest to avoid it!

Anyway... I think the time has come for me to resurrect this poor, neglected blog. I'm terribly curious about other people's creative habits and I love the idea of being some sort of voyeur and reading about their trials and tribulations when it comes to writing especially, and I hope that I'm not alone.

To honor those fellow voyeurs who secretly (or not so secretly) long to commiserate with other writers, I'm going to steer this blog in the direction of more a diary of progress and technique. Your feedback is greatly appreciated and really does help to keep the posting momentum going!