Waiting for Inspiration is Bullshit 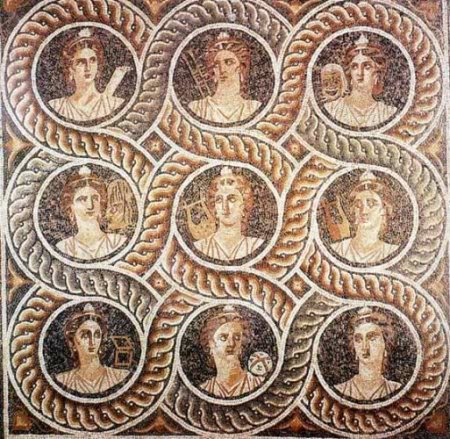 I used to do it, and I'm not proud to admit it, either.

I'd watch as days passed, waiting for some mythical Muse to bless me with an idea from the ether. Do you think she ever came around? Seldom.

Okay, almost never... It's not like ordering a pizza, you know.

Meandering through my career like this was absolutely the biggest mistake I ever made with my writing. I eventually figured out that the reason I was able to produce finished books was because I considered those "work". All of the "art" I wanted to create seemed like a different kind of product, so my brain made the ridiculous assumption that it must come from someplace other than the source of "work".

The words are the same, the process is the same, the writhing feeling of a project that won't cooperate is the same. The only difference is in the attitude with which I approached the project: Work tasks were organized, scheduled, and held to a higher standard because I had goals that were clearly defined.Yes, deadlines do help, but they're not necessary to change bad habits.

What's my point? My point is that art should have a plan every bit as solid as that of work.

Spelling out what you want to achieve (the ultimate goal for your project that day) before you begin is a sure way to show the Muse that you don't need to rely on her to create something awesome. "I want to write a best-selling novel," is not an easily quantifiable goal, mind you. A better example of a plan that works is, "I will write a rough list of scenes today, refine those scenes tomorrow, and write 500 words of Scene A on the third day."

Once you make the decision that your motivation is more important than some kind of mystical inspiration, implement a plan for your progress, and then stick to it, you take back control of your writing career.

Believe me, it's a nice thing.

**Edit: Serendipitously, photographer friend Kyle Cassidy captured a quote from Neil Gaiman last night in NYC and paired it with one of his stunning images of the author. I think it's a sign from the Universe that we all need to get to work.** 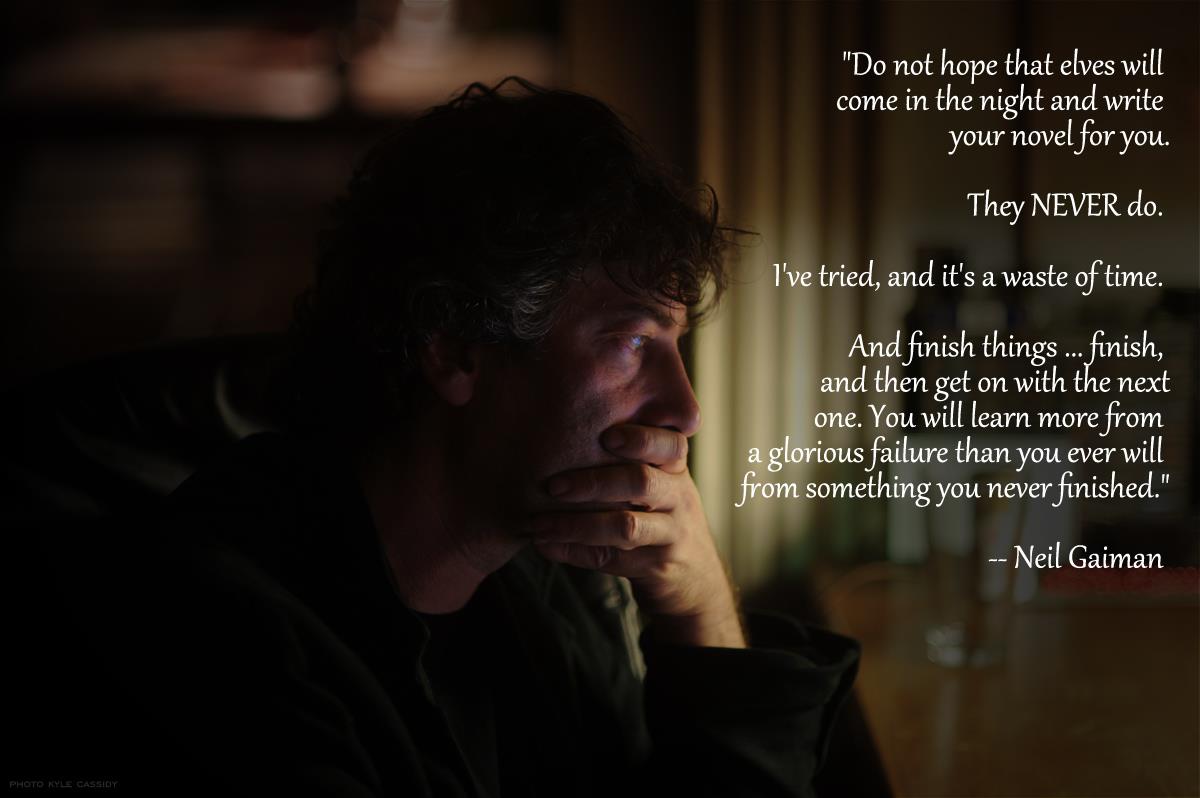