The Zen of Bonding Over Insecurities and Fears

Join a writers' group if you want to be a better writer. Why? Because that's where the magic happens. Really. 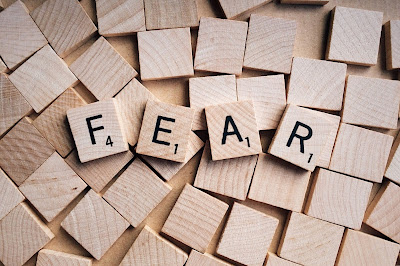 Here, let me tell you a little story...

I've been meeting with a dynamic group of writers for nearly a year now, mostly for the social interaction, but also for the opportunity to learn more about the way other creative people think. I knew before joining the group that we all had different approaches to our craft, but it took getting to know these people and hearing the stories of their successes and failures in writing that really helped me to understand the subtle differences in those approaches.

What I never expected to learn during these lively social sessions was new insight into my own approach to writing. I thought I'd lived and worked with it long enough to see where my hangups were and where to find the path of least resistance. Boy, was I wrong.

We were recently given the "homework assignment" to jot down five fears or insecurities we had about our writing. Much like my high school years, I forgot about the homework until the last minute--literally as I was grabbing my car keys and heading out the door to the group meeting. I quickly jotted five things down on an index card and turned to leave.

That's when I froze.

I looked again at what I'd just written. What sorcery was this? These weren't the hangups I'd been working to avoid--they were something completely new and foreign to me--like someone else had taken the pen and made the list using my own hand.

It was my subconscious, rising to the surface for a fleeting moment, and telling me that what I thought I knew about myself was ALL WRONG. (Well, thanks. What took you so long?)

I believed for years that it was trying to craft a compelling story that slowed me down and caused hair-pulling levels of frustration. I thought that I had to fight the hundred other responsibilities in my life for time to write. I felt that I was a clumsy writer who wrote with too informal a voice for my audience. Strangely, none of these things were on my list.

Here's what I'd scribbled:
I know that some of them seem remarkably similar, but in my mind they are incredibly different. I've studied this list quite a bit over the past few weeks and I've found that all of these insecurities were actually preventing me from writing. Talk about some big hurdles to overcome!

Now that I've identified these nagging little gremlins, I can work to either combat them or dodge them when I can. To say that I've seen an improvement since I made this revelation is quite an understatement.

It also helped me to find out, after reading these insecurities out loud during the meeting, that I was not alone. These were the same things that plagued other writers, caused them to find washing dishes and doing laundry more important (at the moment) than putting words on the page. There's something about learning that you and another person have a common enemy that really reinforces a friendship, too.

In conclusion, I hope that you (as a writer, reader, parent, child, boss, employee, adventurer, hermit) can benefit from my experience by quickly jotting down a list of five fears or insecurities you have about whatever area of your life you feel needs addressing. I think the key here is the speed--write like you're making the grocery list. Don't stop to think too hard, just let it roll off of the pen.

I'd love it if you'd let me know after a week or two of reflection on your list what you think about the things you wrote there in comparison to the things you thought you'd write, and I'd especially like to know if you think this exercise resulted in any improvements over your old way of thinking or doing.

Until then, I hope you'll take this quote from Wayne Dyer to heart: